You are using a browser that is not supported.

To properly view this page please use your mobile device or one of the following browsers:

In 2020/21, Michael Baker International once again partnered with the nonprofit organization Bridges to Prosperity (B2P) to sponsor the construction of the Kabutimbo trail bridge over the Gaseke River in Rwanda, East Africa, to provide the Rurembo and Nyundo communities with safe, year-round access to critical resources like healthcare, education and employment. While we were unable to send a Michael Baker team to Rwanda to participate in the bridge build, we stayed connected to the project through a series of live webinars hosted in partnership with the B2P team in Kabutimbo. Nearly 1,000 colleagues participated in the webinar series to learn more about B2P’s mission, the technical aspects of bridge-building in remote communities and to follow progress of the Kabutimbo build.

During the rainy season, the Gaseke River becomes dangerous, often deadly, to cross. Every year, the simple timber bridge that the community built would be destroyed and washed away by the rising water, preventing residents from accessing the primary school, health center and markets.

The new Kabutimbo structure is a 180-foot suspended cable trail bridge supported by gravity anchors. The handrail and walkway cables hang from masonry abutments on each bank of the river. The steel decking and crossbeams are supported by rebar suspenders of uniform length. A team of 10-20 community members, led by a project manager, foreman, engineer and two masons, completed the construction of the trail bridge.

To date, B2P has constructed more than 93 bridges in Rwanda in close cooperation with the Government of Rwanda. Michael Baker is proud to support B2P in its effort to build connection for over one million rural Rwandans by sponsoring the construction of the Kabutimbo trail bridge that connects communities to an improved quality of life. 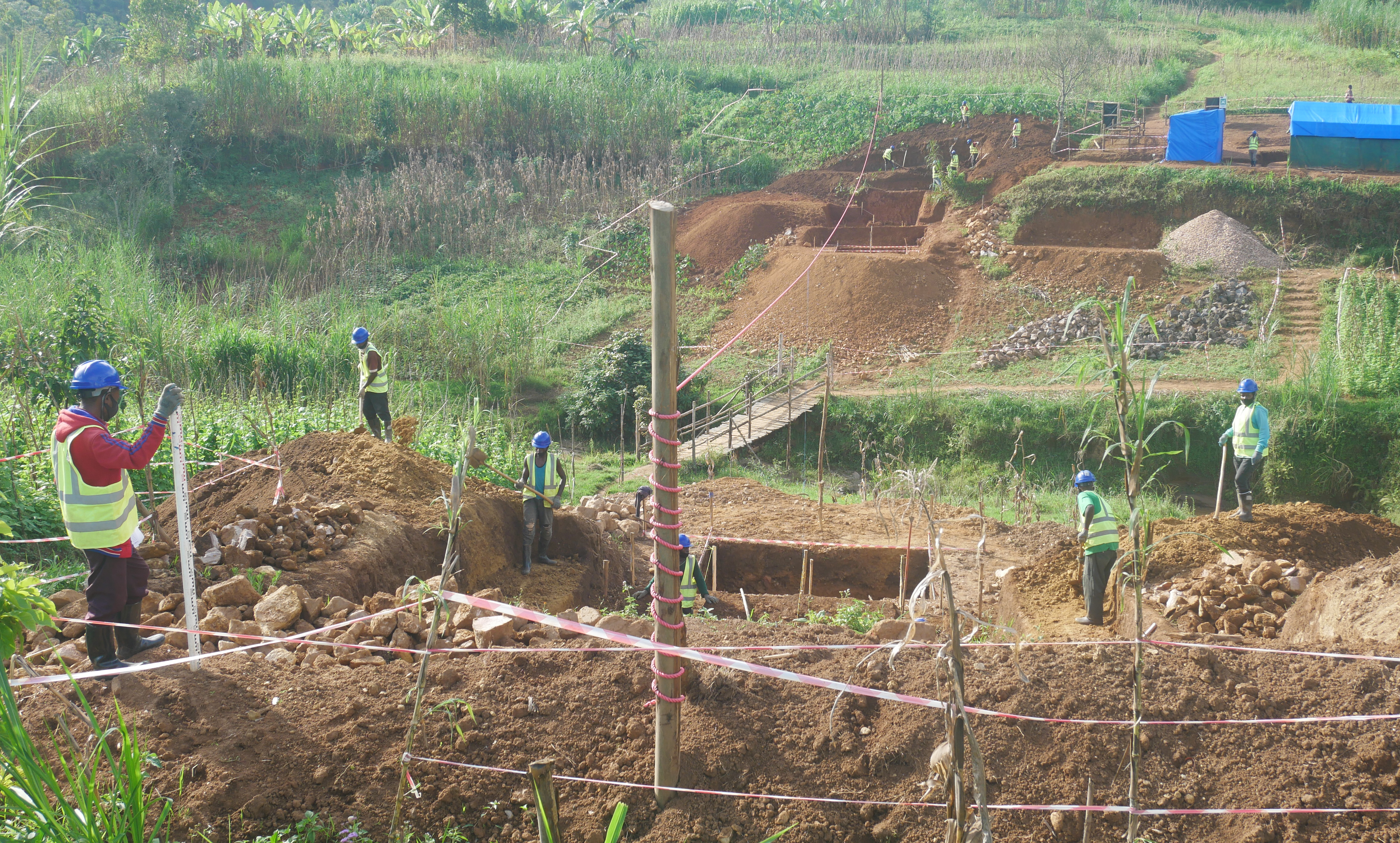 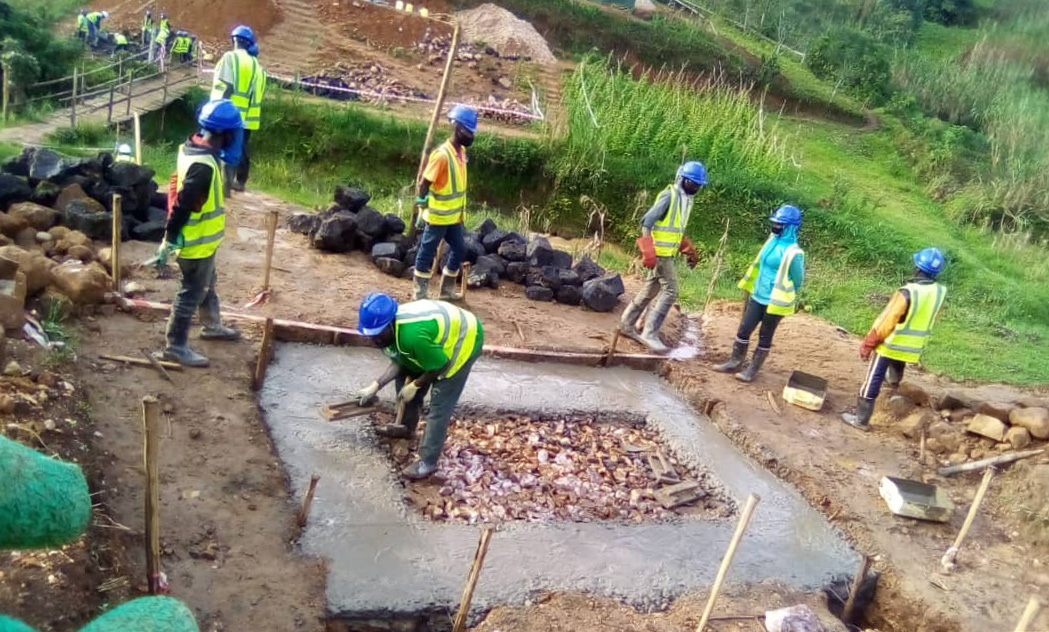 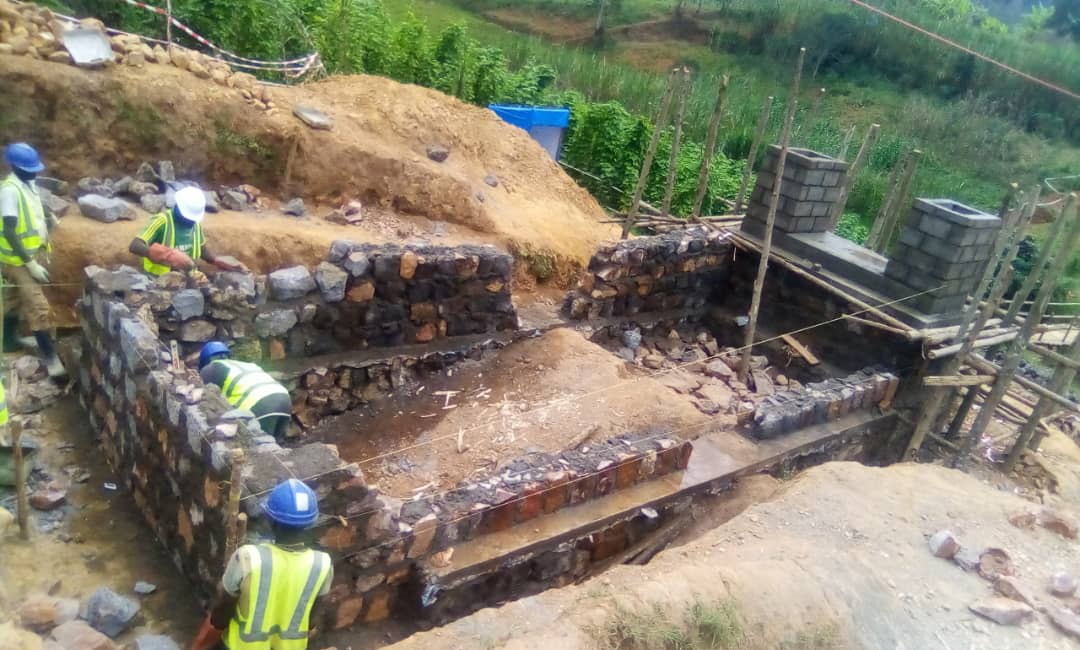 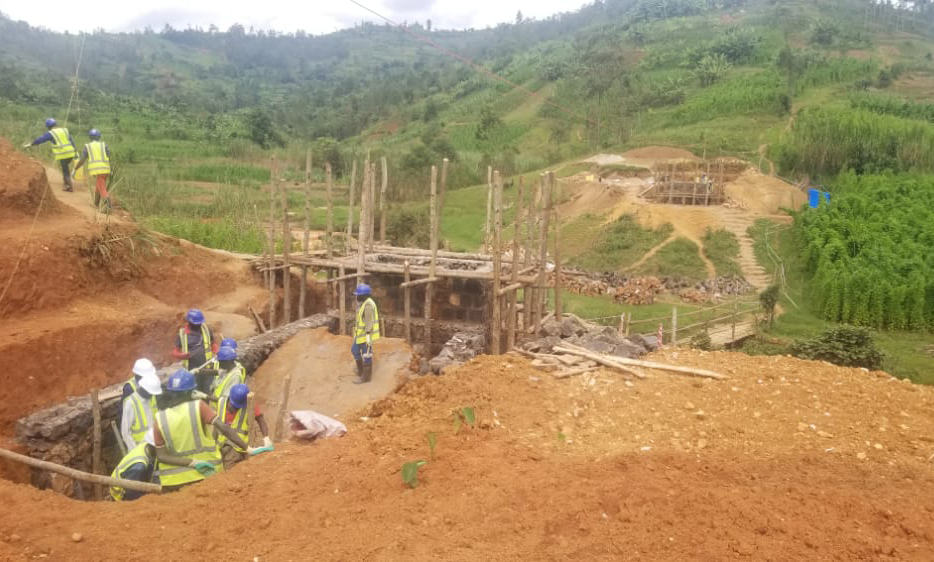 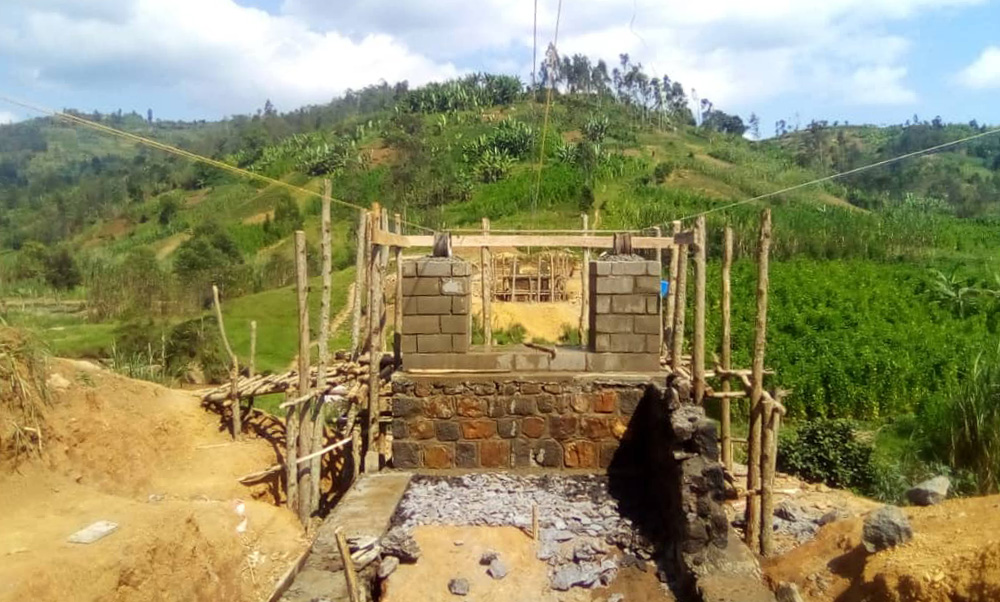 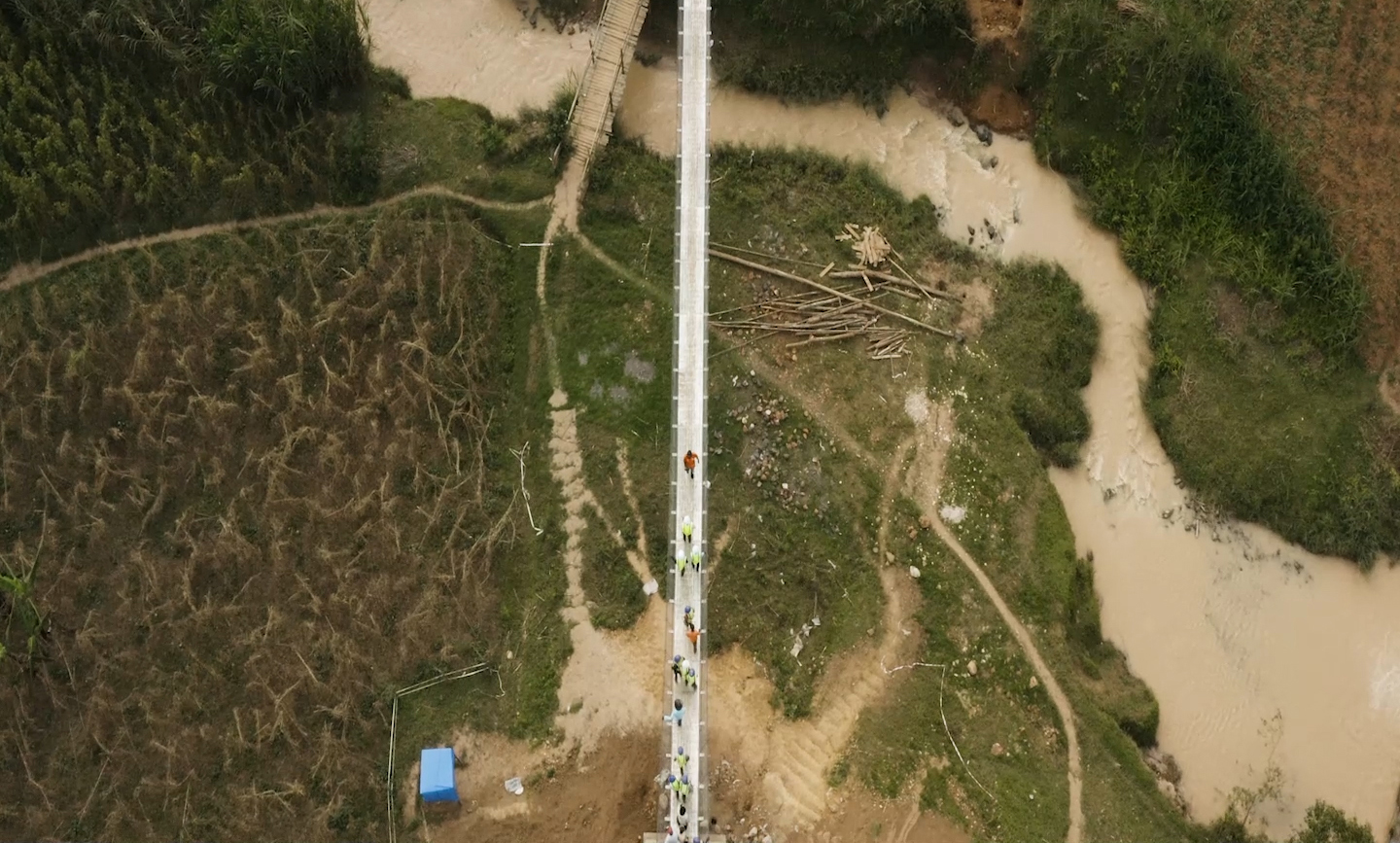 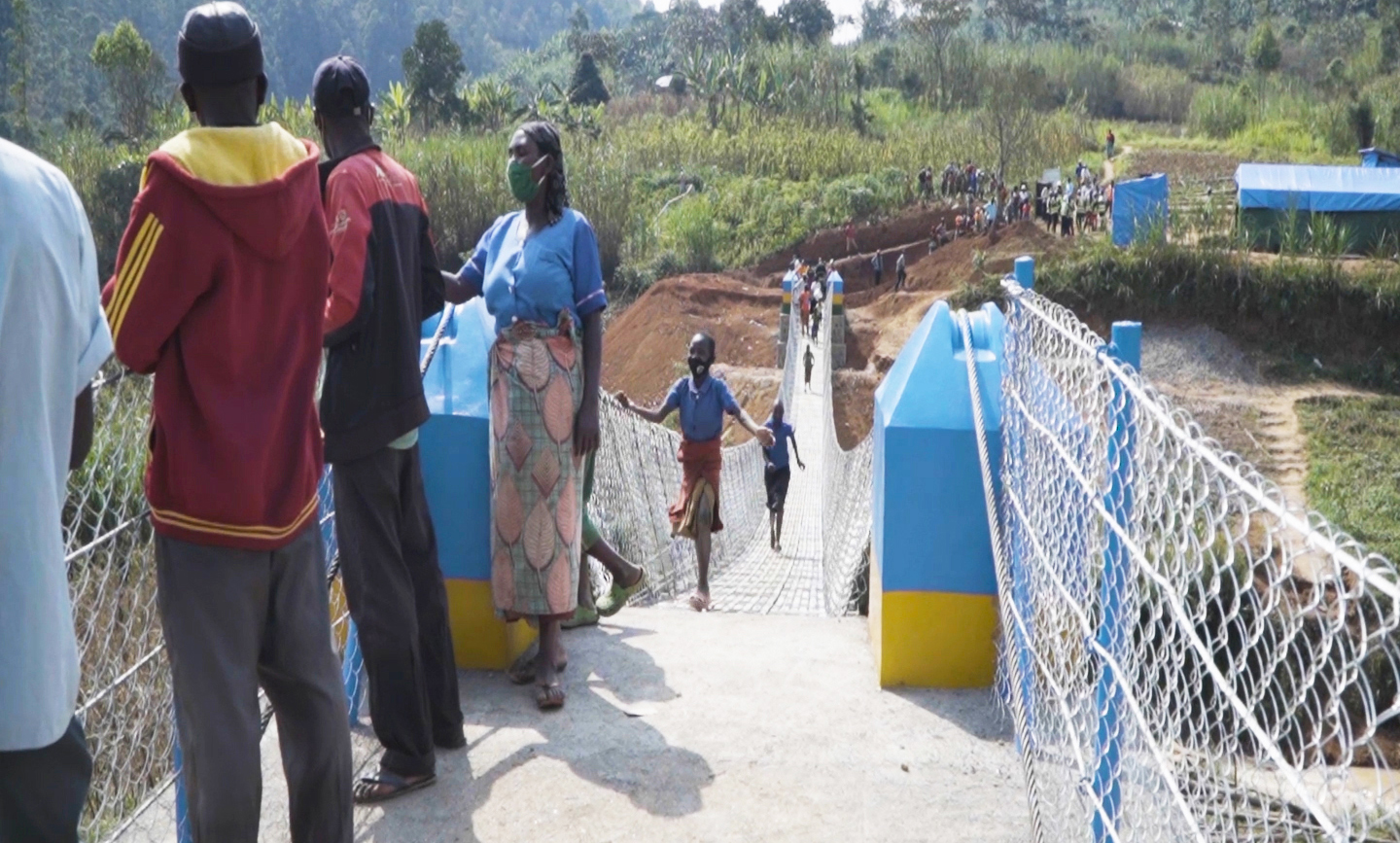 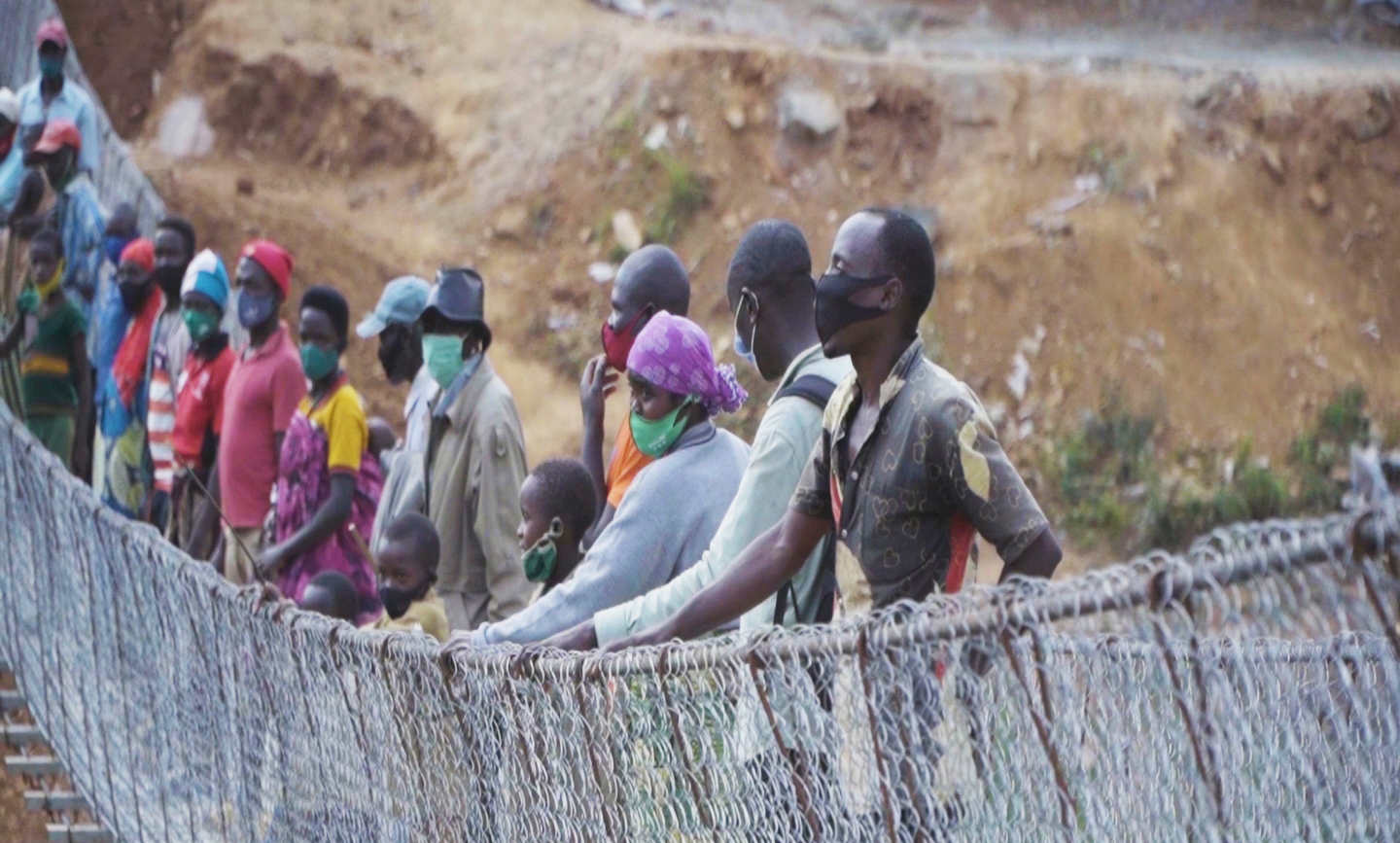 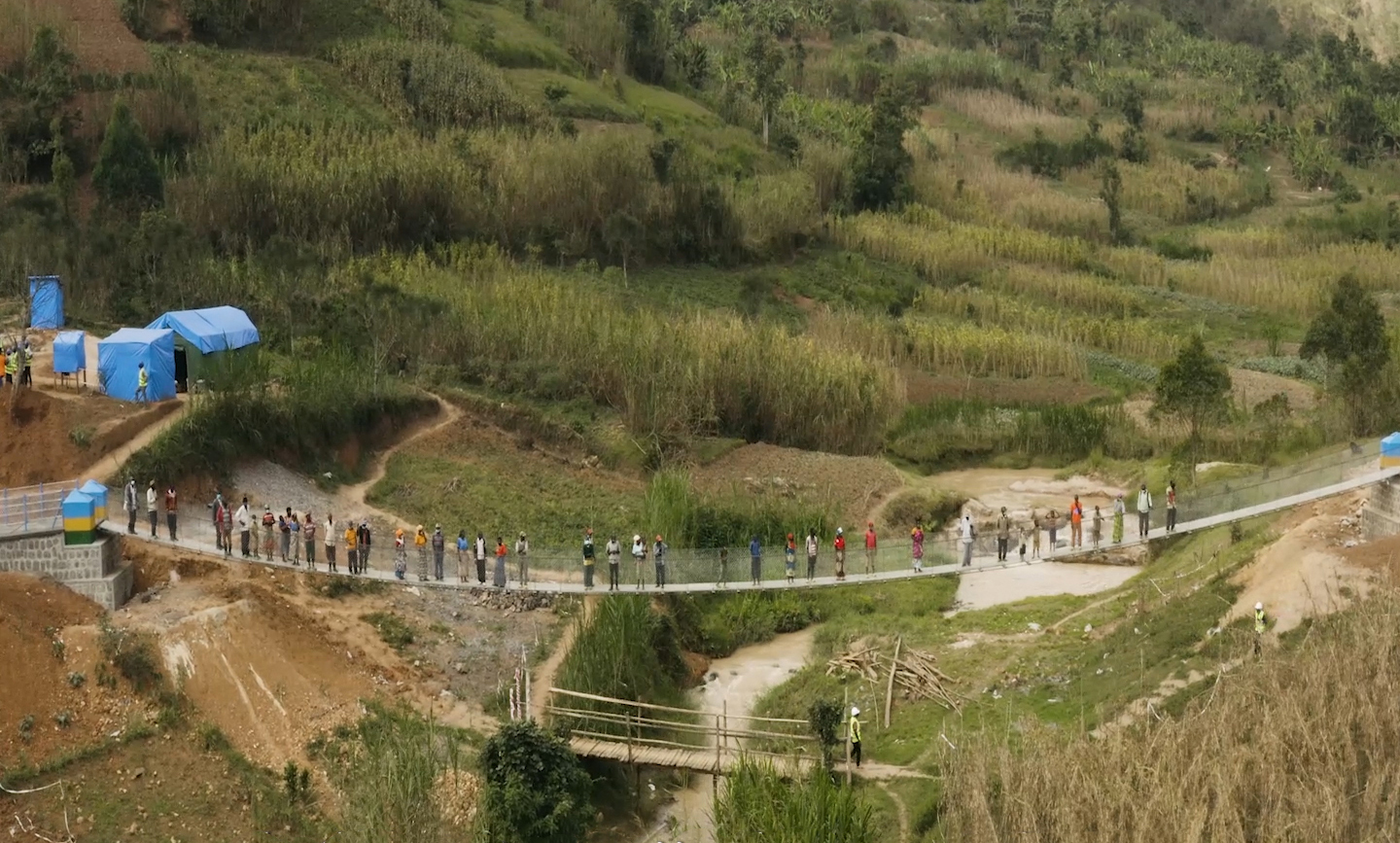 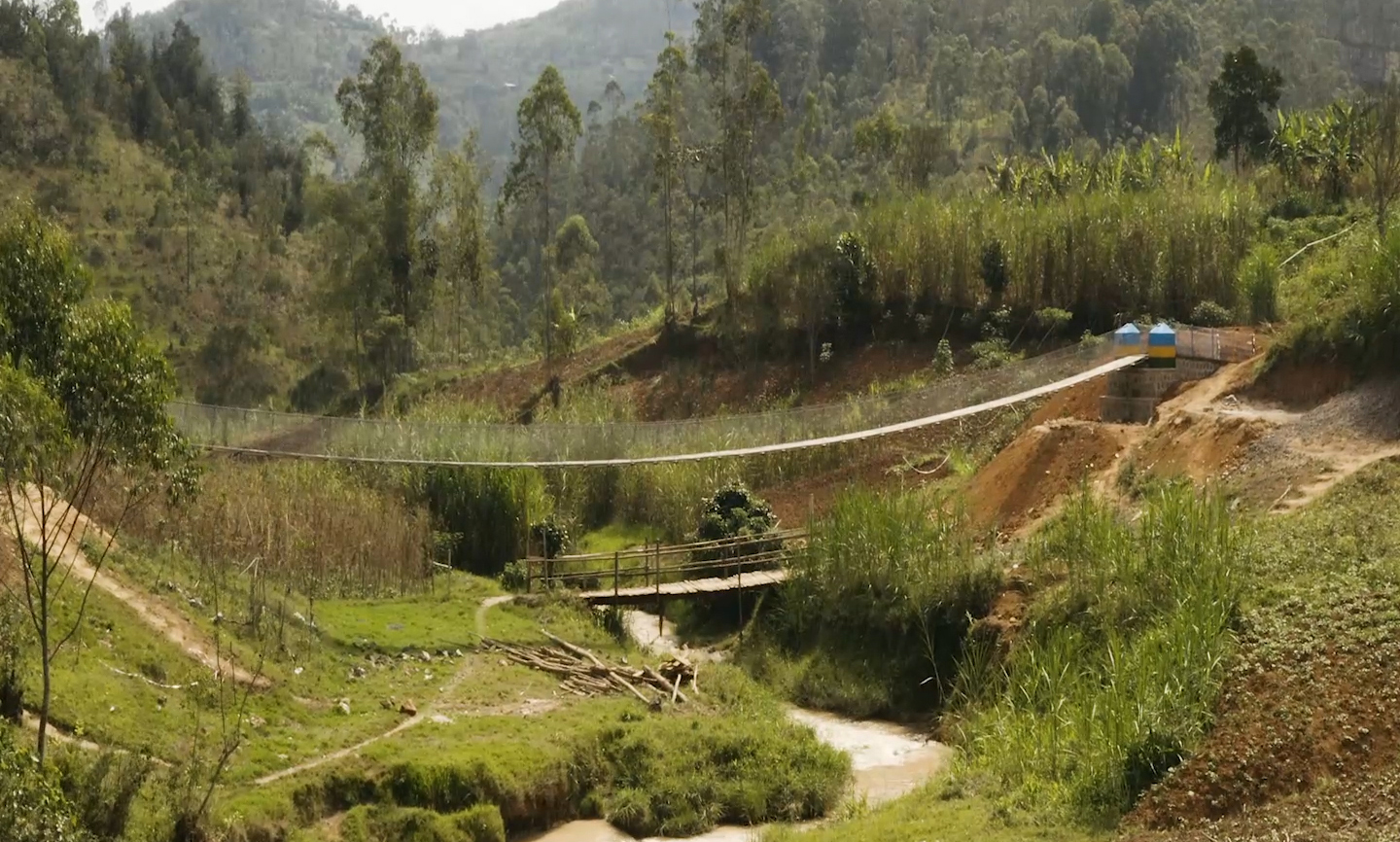 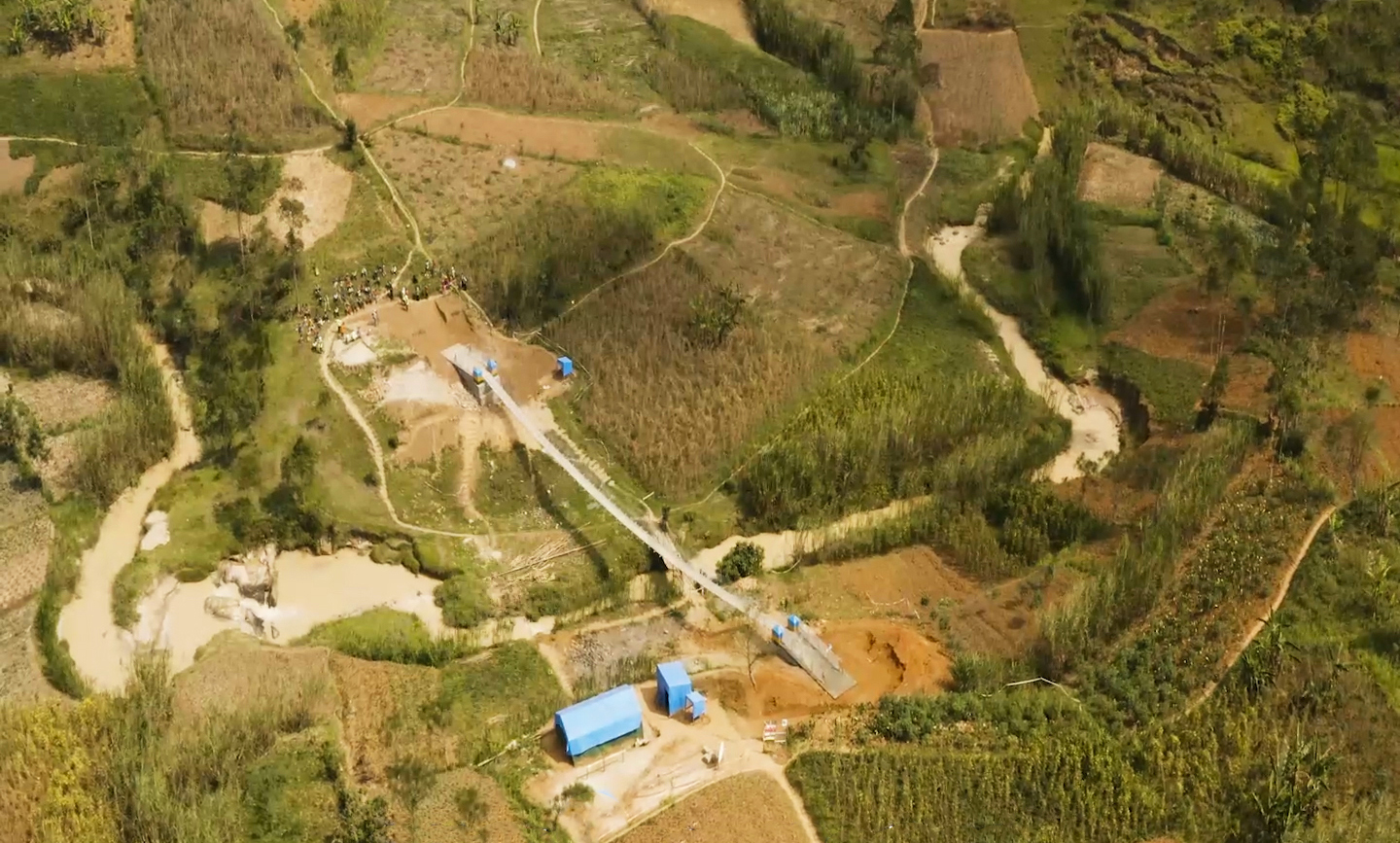 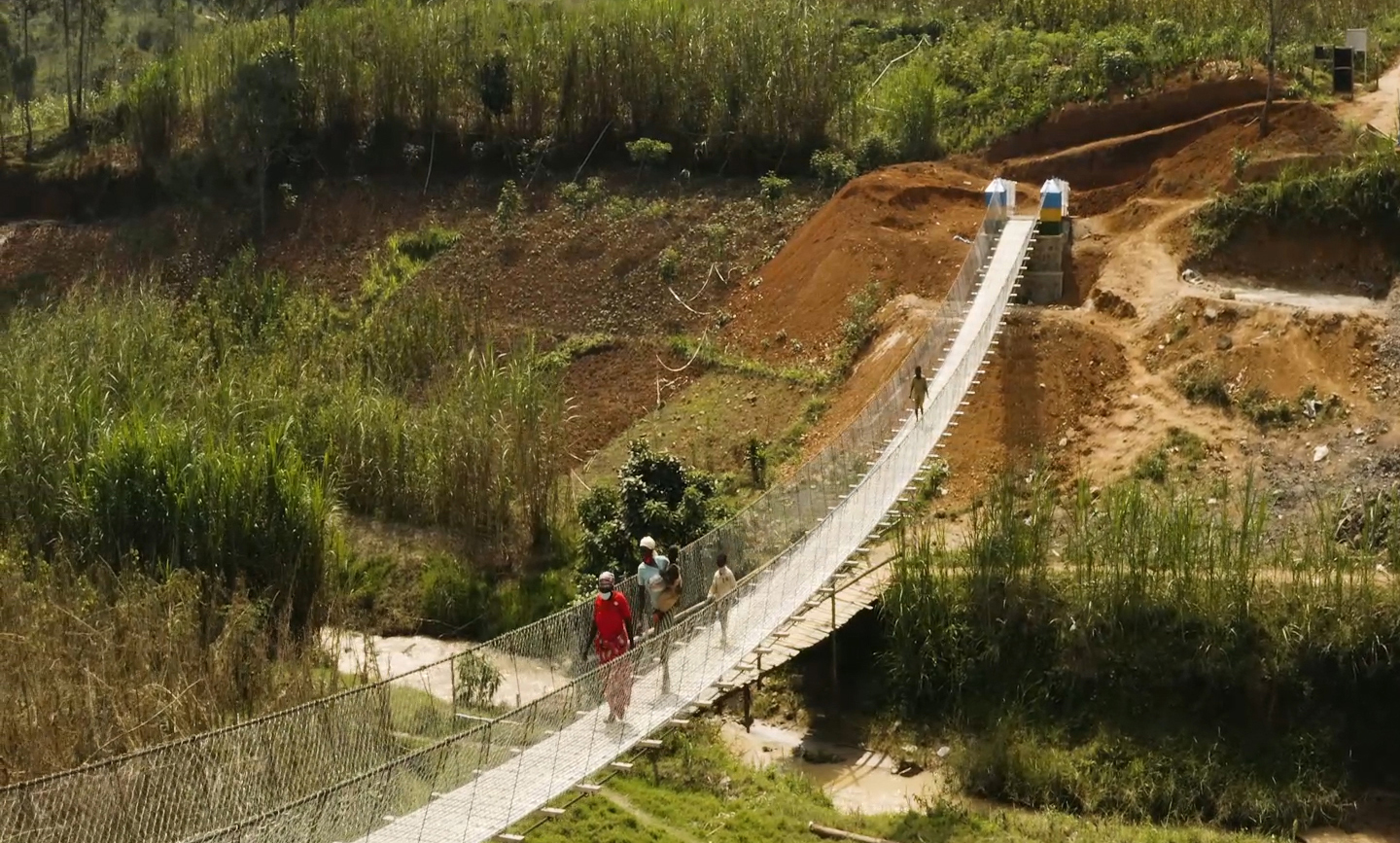